If you’ve seen as many horror movies as I have, you’ve probably noticed that there are only a few different plots.  I came up with 7… can you think of any others? 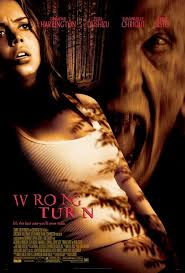 You head out for a camping trip.  There’s no cell reception out here, and of course your car breaks down.  You might seek the help of the people who live way out here, but guess what?  They’re crazy.

It’s the fear of those who are less civilized than we are.  It’s a fear that no matter how many bells and whistles our cell phones have, these things will not save you, nor do they make you any different from them in the end – after you have to dig down deep to find your own inner killer to survive.

It’s a very primal fear, from a time when humans, living in forests and remote areas with only a fire to keep the darkness at bay, had to be aware of all those little sounds and fear those that might be wild animals or enemies threatening their lives.

Most deeply, I think, this is a fear of being alone.  Humans are social creatures, and we fear that being isolated will make us crazy.  It’s funny how those inbred mountain people are always deformed and dirty and ugly – it’s never a beautiful crazy isolated family bent on killing you out there in the woods. 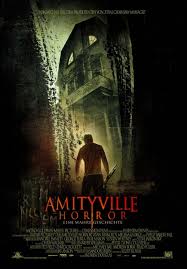 Sure, you’re an atheist, but your spouse/kid/best friend is acting really weird.  The doctor’s can’t find anything wrong, but your local priest knows what’s up: s/he is possessed.

There are countless movies about possession: The Exorcist. The Devil Inside. Possession. The Exorcism of Emily Rose. The Last Exorcism.  Paranormal Activity.  The Omen.  The Amityville Horror.

Now, with society not dependent upon religion, with separation of church and state and a reliance on science and technology, most people don’t believe in demons or the Devil.  We fear the failure of science, or we fear that which is higher than science – the existence of Satan, inversely proving the existence of God.  When society has mostly rejected the existence of God, isn’t the idea that He exists frightening? 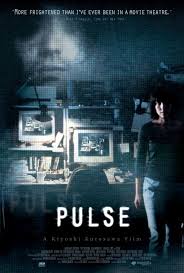 You get a video text message from an unknown number on your phone.  After you open it and watch it, weird things start to happen… like ghostly creatures came right out of that text.

This was a fad in horror movies that seemed to originate in Japan and has mostly died out. One take on this is that this is the fear we have become too technologically oriented.  Everyone has a cell phone, everyone has a television, and something that is killing people through these outlets would have access to almost everyone.

The other take on this is that we are afraid there is some aspect of technology that we don’t understand.  Jeff Goldblum’s character in Jurassic Park talks about how we’ve advanced technology by piggybacking on what others have learned, while not really understanding all the implications of that advancement.  In Pulse, ghosts live somewhere in the technological ether.  Who knows?  I know I can’t tell you exactly how my cell phone or laptop works, and I don’t usually understand why they decide to stop working.  Is there something else out there?

And what does it say that this type of horror movie is on the decline?  We are more comfortable with our technology?

Everyone seems to be coming down with that virus that’s been going around.  You’re still healthy, for now.  Then people start dying… and some of them start changing…

Here you can count almost every zombie movie ever made, some werewolf and vampire movies, and movies like Contagion, The Andromeda Strain, Outbreak, and The Stand.

This fear is biologically ingrained in us.  The human race has been nearly decimated by plagues.  We haven’t had a huge plague in a long time, thanks to science, but given the growing population, there’s a feeling that we might be due for one, as nature’s method of equilibrium.

The fear of spreading disease is the focus in most of these movies.  Zombie, werewolf, and vampire virus movies up the ante with those catching the disease becoming aggressive carriers.  You can’t simply quarantine these patients to protect yourself.

Yes, I’ve lumped alien movies and movies like Hostel, Turistas, and The Ruins all together. It makes sense (and not just because immigrants are also called aliens!).  We are xenophobes.  We fear those who are not like us.  We assume that our familiar tribe is friendly and all outsiders are unfriendly.  There are not many movies about friendly aliens (outside of kids’ movies) – we assume that aliens are going to be unfriendly.  Likewise, the above movies about traveling to foreign countries serve to remind us that we need to fear those outsiders.

This fear shouldn’t come as much of a surprise, given that wars are fought over such prejudices every day. 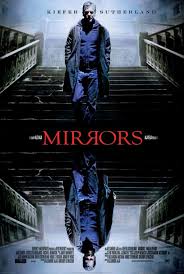 You are brushing your teeth when you notice something odd about your reflection.  Or maybe it’s the killer standing behind you.

Candyman and Mirrors are the only two movies I can think of that have built a plot around this fear, but this scenario shows up in almost every single horror movie I can think of.  Mirrors show us a part of ourselves that we can’t see.  We fear one day looking in the mirror and seeing a different face looking back out at us. 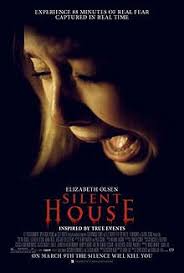 There’s a killer on the loose, and he seems to be killing everyone connected to you.  You run around trying to figure out what the connection is, maybe trying to figure out some shadowy memory from your past that might explain it all.  Then you suddenly realize you’re the killer.

This plot twist is used in a number of movies: Haut Tension (High Tension), Frailty, Silent House.  The audience is first made to empathize with the main character, feeling their fear at the horrifying events taking place, then the audience feels that moment of realization that the main character is not who they thought.

This fear is probably similar to both Mirrors and Isolation – we fear something hidden deep down in our psyches, and we fear what horrible things we might be capable of.